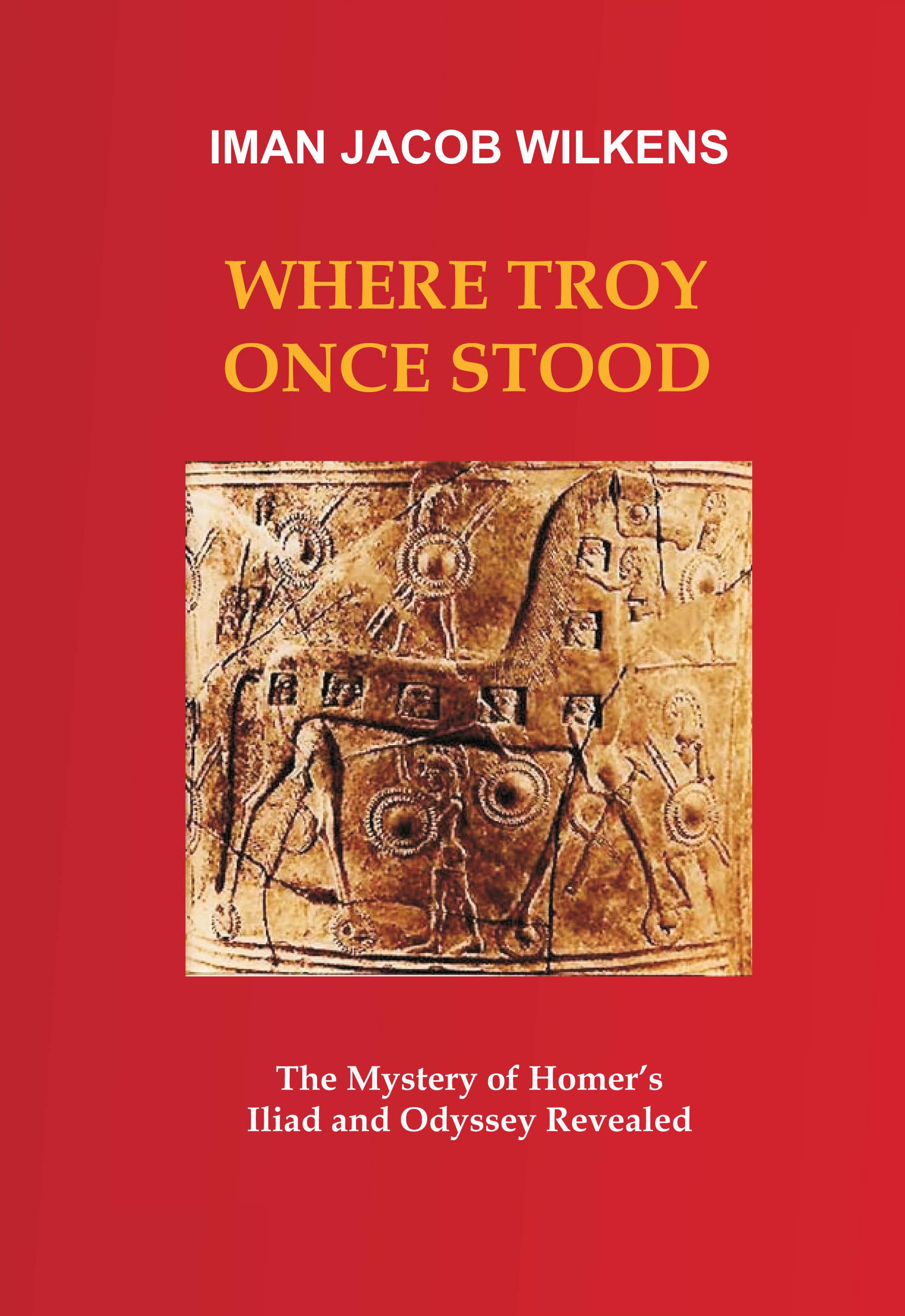 Where Troy once stood (revised edition 2012)

This work puts an end to the traditional interpretation of both the Iliad and Odyssey of Homer, much to the displeasure of many who are unable to counter the basic arguments of its author and realize that their own ideas and dogma's exploded. On the basis of linguistic, historical and archaeological evidence it shows that the oldest European epics did not originate in Greece but with the Sea Peoples from the coastal areas of Western Europe, thus radically overturning received wisdom by uncovering the existence of a sophisticated Celtic civilisation in the second millennium BC.

Several ancient Greek authors already doubted that Homer's works were of Greek origin, while also some contemporary scholars recognize that the poet had not described Mycenaean culture at all and that Hissarlik in Turkey could not have been the site of the great Trojan War as was thought by Schliemann in the 19th century and still today by Korfmann, despite the fact that not a single one of forty characteristics of Troy and the Trojan plain as described by Homer fit the region. By contrast, all these features apply to the plains near Cambridge and the Gog Magog Hills, the archaeological site which owes its name to the most terrible war of prehistory mentioned in the Bible. Here, the names of a dozen rivers mentioned in the Iliad can still be recognized, while hundreds of bronze weapons were found dated to the later Bronze Age, c.1200 BC. The lay-out of the battlefield is reconstructed in great detail enabling readers henceforth to follow the military action in the field. Several features are still extant, such as the war-dikes and the canal dug to protect the Achaean camp. (see: www.troy-in-england.com).

The war was started by the Achaeans (not the Greeks, an anachronism found in many translations of Homer) who were Celts living on the Continent, against the Trojans, who were Celts living in England. The Achaeans were led by 'wide-ruling' Agamemnon, king of Argos in northern France a part of which is now called Argonne. His capital city on the Seine, Mycenae, is now called Troyes. According to the analysis of the 'Catalogue of Ships' in book II of the Iliad his allies came from coastal areas situated between Scandinavia and Spain. The king of the Trojans, Priam, was supported by allies from Scotland, Wales, Cornwall and western Brittany. His capital Troy was destroyed but rebuilt by Brutus, the great-grandson of Aeneas, on the river Thames on his return from exile in the Mediterranean. It was called Caer Troia or Troynovant, present London. The real reason for the war was not Helen, but tin from Britain. This metal was urgently needed to make bronze, as the tin-mines on the Continent were exhausted by 1200BC when the war was about to start. The origin of all 29 Achaean regiments and 17 Trojan regiments has been identified, putting the war on a far larger scale than was hitherto thought possible.

As the Druids had a religious taboo on writing, the story of the war was lost in Western Europe although it was still known as late as the 16th century that Troy was in England according to an Irish source. Originally the Iliad was transmitted orally for more than four centuries, using metrics to avoid corruption of the text as much as possible. When the Sea Peoples settled in Greece during the Dark Ages (c1200 to c800 BC) the epics were written down in Greek, apparently after translation, as the dactylic hexameter is badly suited to this language and also because it contains both Ionian and Aeolian dialect, suggesting that there has been more than one translator/bard at work, while furthermore the text contains many loan-words from north-west European languages.

When the Sea Peoples arrived in Greece and the Eastern Mediterranean, they changed the names of many places according to Herodotus, who called them Pelasgians (from Greek pelagos meaning 'sea'). In other words, they transferred place-names from Western Europe to the Mediterranean area, just as happened only a few centuries ago when Europeans migrated to the America's and other parts of the world. This explains why it has always been impossible to make sense of Homer's toponomy and geography in the Mediterranean area as the ancient Greeks themselves had noticed, and why, for instance, he described Syria as an island! It appears that historians have made a major error of chronology as the geographical names in Homer designated quite different places. In the Bronze Age, present Crete, Lesbos, Cyprus, Syria or Egypt were called respectively Kaphtor, Issa, Alashia, Aram and Kemi or Misr.

As to the second epic, the Odyssey, the Greek geographer Strabo already believed that some of its ports of call should be sought in the Atlantic, because of the mention of tides. It now turns out that none of the action was in the Mediterranean, but that it was an oral maritime chart of the Atlantic, the Channel and the North Sea for use by illiterate Celtic seamen. It was composed in such a way that competitors like the Phoenicians would not understand where the Celts went trading. The sailing directions were therefore encoded by mentioning episodes related to the Zodiacal signs, e.g. the story involving the two Sirens indicated a course south-south-west (Gemini), while a story about a hunter with a bow indicated north-north-east (Sagittarius), and so on. These directions were based on the situation of the Zodiac at sunset at the spring equinox (taking into account that the Zodiac has moved on since the Bronze Age by two signs due to the precession of the equinoxes). Once the author had discovered this system, he was able to retrace the travels of Odysseus (alias Nanus, a king of Europe's oldest town, Cadiz, south Spain) which in fact were a sort of Admiralty Pilots describing also the ports of call or the presence of dangerous currents. But the Odyssey is also about initiation into the Mysteries, and furthermore relates a few famous myths whose symbolic meaning is explained here.

Since neither the Iliad nor the Odyssey fit in Greece and the Mediterranean, however biased the translations may be for that purpose, they are usually taken to be the fruit of pure fantasy. It now appears that the epics were not meant to be 'belles lettres' as was assumed in the 19th century but to orally pass on knowledge of all sorts, in particular toponomy, geography, navigation, history, customs, religion and initiation into knowledge. There was no other way to do so at a time when society was wholly illiterate.