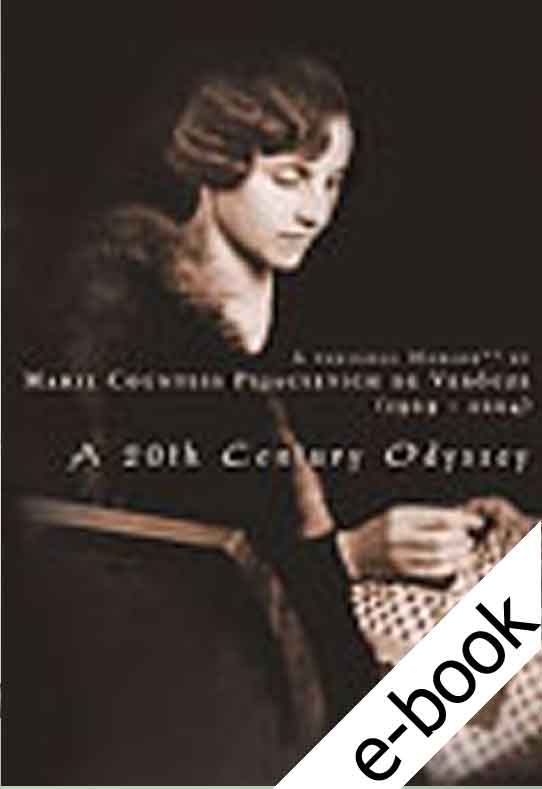 Marie Countess Pejacsevich de Veröcze (1909-2004) was born in Budapest during the times of the Habsburg Dual Monarchy as a member of a very wealthy and eminent aristocratic family. Her grandfather Count Theodor Pejacsevich was 'Banus' (governor) of Croatia before World War I. When Hungary fell under the Communist yolk after World War II , she lost everything, finally settling in London, having obtained British citizenship. Although never married and afflicted by a rare but harmless skin condition that would have turned anyone else into a recluse, she became the beloved 'Maju Neni' and in the end the centre and 'matriarch' of her large family.

She vividly describes in detail how she lived through the horrendous weeks of the Siege of Budapest by the Red Russian Army and the daily struggle for survival in a ruined city. When her sister Elly and her husband were brutally murdered by Russian soldiers, she immediately took charge of their 5 orphans and her life became thus interwoven with their welfare. After their foreign adoptions in England and Holland, she managed to get out of Budapest in 1947 leading a team of Caritas workers and taking 500 needy children to Belgian families for a 6-month holiday.

For a long time she floated in a bureaucratic no-man's land and her struggle for a passport and British citizenship is described with some amusing anecdotes. During her long life, she travelled extensively in Europe and South America, meeting and staying with her dispersed family members. Her 'Odyssey' was written when she was already almost 90 years old, and is full of fascinating historic detail. It provides the reader, not just her family, with a unique view into a world that is forever gone.